a few words on January's reads...

Theme for the month: Ana's and Iris's Long-Awaited Reads Month...and it was fabulous! I went a bit further and made it Long-Awaited Reads That Are All Ana's Fault Month. I am ridiculously happy that I did. :D (Three of the five books I read this month fit theme. The 10P.M. Question and Bad Science without question. More Baths Less Talking took a bit of rationalization, but I stand by my arguments. I made it through most of another, but didn't quite finish it before the end of the month so it will be in February's reads.) 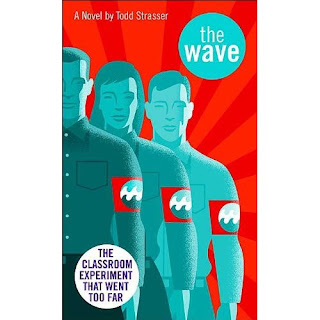 *The Wave by Todd Strasser. Okay, so the first book of the month didn't really fall under this month's theme. But as I said when I announced my plans for themed reading months, I have to allow for school reading. And thus, this was my first book of the month (and of 2013). I'd never heard of this book before seeing it on one of those "school reading" tables at the bookstore, but when I picked it up and read the cover, I was pretty convinced that this would make a good read for Gray and I.

Ben Ross, a high school history teacher, shows his class a film about the Holocaust. Afterward, his students start asking all kinds of questions about why the German people never stood up to the Nazis and stopped the atrocities that were being committed. There were no answers that seemed satisfactory. So Ross decides to start a little experiment; he called it The Wave. And the results were both startling and frightening...

I can't believe I'd never heard of this book, but even more that I'd never heard about the real events that it was based on...it seems like something that surely would have come up in one of my many psychology or sociology classes back in school. Anyway, it was a very quick read, and I enjoyed it quite a bit. I suppose it feels slightly dated (it was published in 1981), largely because of the lack of technology, but that didn't really feel like a bad thing to me. 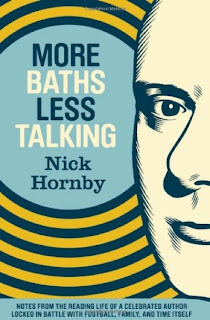 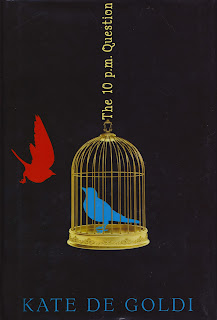 *The 10pm Question by Kate De Goldi. Already talked about this one as well. 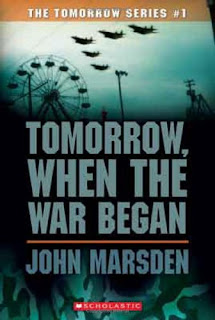 *Tomorrow, When the War Began by John Marsden. I have tried to figure out my fascination with stories like this many times, but I just can't. There is some sort of weird disconnect in my brain that allows me to love reading/viewing these fictional stories of war while at the same time crying myself to sleep at night over real wars that seem so completely senseless. It's a contradiction that I just can't seem to tease out.

Anyway, the book. Set in Australia, it's the story of a group of teens who due to a wilderness camping trip miraculously avoid capture during an invasion of the country by an unnamed country. When they arrive home from their camping trip, they're met with scenes that boggle their imaginations. They grasp at innocuous explanations for as long as their minds will allow them, before eventually facing what must surely be the true facts. Then the tougher struggles begin...what will their consciences allow them to do, what can they realistically in practical terms do, what can they even hope for.

I realize that the way I described the story makes it all sound rather implausible, but trust me, Marsden does a wonderful job at filling in all the blanks. He creates an atmosphere that feels very real indeed, and he brings the characters, faults and all, to life in vivid color. I read this book aloud to Max. I've rarely had his attention quite so captured during a book as with this one. It is damn adrenaline-pumping at times. We started book two of the series, The Dead of the Night, the evening after finishing the first. And I know that I need to get my hands on the third to have it ready for when we finish the second. 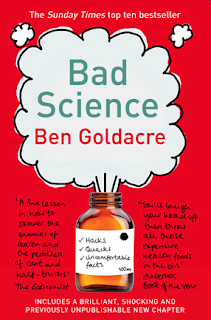 *Bad Science by Ben Goldacre. You know those books that come along every once in a blue moon, books that you just want to force onto everyone you know and then onto everyone you don't know, too. Yep, this is one of those books. Sad thing is, I lack the communication skills to solidly convey to you why you should read this book. (Seriously, I have sat here trying to write about this book for over an hour now, and I just can't do this book justice.) I'm going to take the easy way out and tell you that you should just go read Ana's review; it was she who introduced me to this book to start with.

Let me just say that this book is not in the slightest bit hard to comprehend. It is most definitely not dry; in fact, Ben Goldacre is actually quite the funny guy. And I can pretty much guarantee that you will walk away from it feeling much more confident in your ability to avoid bamboozlement by those who simply throw around the language of science without the evidence to back it up.

looks like your month wasn't so bad! I don't know that I'd want to read even fun books after having to read "schooling books"!

Now I'm curious about The Wave! Ana/Nymeth's review of Bad Science was so good, I had to put it on my tbr list too. Glad to hear that January was such a success.

YAY! I love the Tomorrow series. I'm on the second to last book. They get even BETTER as you go along.

You had a GREAT month! Now, I think I shall go look up Bad Science. You have made me all intrigued!